Tapping Into the Emotional Side of Video Games: Developing Hope, Healing and Love 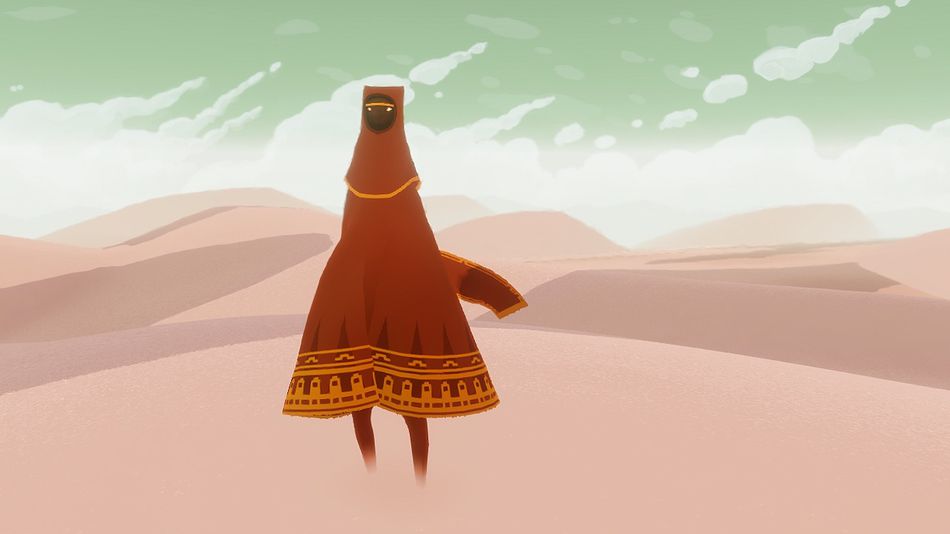 BY CHELSEA STARK
“Video games have always been a part of my life,” said Jenova Chen. “I always played games with my friends, but as I got older, my friends stopped playing.”Chen, president and co-founder of thatgamecompany, wondered why that was. While his friends said they were too busy, it wasn’t that they didn’t have time for other forms of entertainment.

“People still read novels, watched movies, listened to music,” he said. “The fact that most of my friends are abandoning games makes me feel sad. How can I help video games not just be for kids, and respect from people of all ages and genders? My dream is to make everyone love video games.”

Chen’s hypothesis on how to solve this problem came about when he began studying at the University of Southern California’s Interactive Media Division. He felt games, which originally came from a software background, divided their genres based on the technology they were built around, such as massively multiplayer online games or first-person shooters. Entertainment genres, however, are divided based on emotions: romantic comedies, action, horror, drama. Chen noticed the range of emotions games catered to only fit certain genres, those generally popular with a young and male audience.

“Look at the genres women like: a romantic comedy game doesn’t exist. Few examples of a documentary game exist. What is the equivalent of a real drama game? They don’t exist,” Chen said. “Emotion with that complexity for a more mature, older audience are necessary to make medium like video games healthy, so it can be highly respected like the film industry.”

But the goal is deeper than respect; Chen hopes that creating games with real emotional weight will improve people’s lives. He and thatgamecompany have already seen success with their titles like FlOw, Flower, Cloud and Journey, which offer non-traditional gaming experiences that are highly interactive and emotionally engaging.

Journey, in particular, has had strong emotional reactions from fans, which Chen plans to detail in his upcoming talk for the Games for Change Festival, running April 22-26 in New York City. The 2012 PlayStation 3 game follows a mysterious hooded figure on its journey to reach the top of a mountain, through a desert, a palace, dark caves, and treacherous snow. While the experience itself is only two to three hours long, very different from normal games, it focuses more on the sense of wonder players experience during the trip.

After releasing Journey, Chen said he was flooded with very emotional responses from players around the world. He recounted one veteran, disabled in combat, saying the game gave him hope and a desire to go out and live again.

Others used the game to deal with grieving and loss, he said. During Journey, players can be joined by another random online player, dressed in the same robe and hood. That player can help them along and communicate in limited ways, but their identity is completely anonymous. Chen said he received several letters from players dealing with the loss of a loved one where they had imagined that person was playing Journey with them. That projection helped them cope.

“I would never expect that, and wouldn’t have believed it would happen if we didn’t receive six or seven unrelated letters from around the world with very similar stories,” Chen said.

“These games have more meaning than just pleasure or just a moment of escape. There is more power in these games when you are doing it right. I think certain types of feelings can heal and change people, can make their lives better,” Chen said. “Now we have refined our mission statement.

We want to make positive change to the human psyche worldwide, even if you just think it’s just entertainment.”

We want to make a positive change to the human psyche worldwide, even if you just think it’s just entertainment.”To make that experience perfect, and to make sure players get the optimal emotional experience, Chen’s team relies on feedback during playtesting. Journey‘s development took three years, he said, because the team had to change the design of the game to assure everyone got the same experience.

The online multiplayer element was the thing causing all the trouble. Since companionship is a big theme of the game, Chen needed to make sure players acted like the right type of companions online.

“For quite a while we had players being very mean to each other. People are really aggressive in many other games online. When the same player playing Call of Duty came over to Journey, we were expecting to reveal a positive side of humanity rather than a nasty side, but it didn’t happen.”

Part of the limited character interactions originally let characters physically touch each other with pushes or bumps. Players could even jump on each other’s heads to reach higher obstacles. What happened was that playtesters would use that ability to shove other players, even going so far as to push other players in a pit so they would die, and the game “turned into people killing each other on a cliff.”

“For a while, we were disappointed in our playtesters, but then I realized our developers like to do it, too,” Chen said. “The players aren’t evil; the system just rewards that evil behavior.”

Instead, Chen said players in a new game are basically babies. They come with a fresh moral slate and are just seeking feedback, similar to how an infant would. He explained an analogy a child psychologist had taught him, about a baby hitting the kitchen table with a spoon.

“The baby doesn’t understand what it’s doing; it wants feedback. If the baby is making noise and its parents run into the room, it looks at that is positive feedback rather than negative. They like it more, so they will make it louder,” Chen said. “Pushing off the cliff is maximum feedback, so we realized we had to redesign the system.”